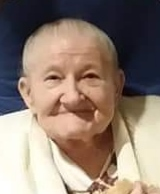 Elizabeth Chilipka, 94, of East Brunswick, passed away Saturday, June 1, 2019 at the Sunrise Assisted Living of East Brunswick. Mrs. Chilipka was born in Edison to the late Thomas and Mary Onder and had previously lived in Edison, Fords and Old Bridge for fifty years before moving to East Brunswick twelve years ago.

She was a Licensed Practical Nurse prior to leaving her career and becoming a devoted wife, mother, grandmother and great grandmother.

Mrs. Chilipka was a member of St. Nicholas Byzantine Catholic Church of Perth Amboy. She was also a member of the St. Nicholas Rosary Society and the Madison Park First Aid Women's Auxiliary.

She was predeceased by her beloved husband Michael Chilipka Sr. in 2007, and also by three sisters; Mary, Anna and Helen and two brothers John and George.

Funeral services will be held Wednesday 9:30 am at the Mitruska Funeral Home, 531 New Brunswick Ave., Fords. Followed by a 10:00 am service in the St. Nicholas Byzantine Catholic Church in Perth Amboy. Interment will follow in the Cloverleaf Memorial Park Cemetery in Woodbridge. Visitation hours will be held Tuesday from 2-4 & 7-9 pm. Parastas services will be held Tuesday evening at 7:30pm. Memorial donations may be made to Madison Park First Aid Squad, 3030 Bordentown Ave. Parlin, NJ 08859.